A place to talk about Glacier in general, if you have something that is political, please post it in the "Politics" section of the chat system.

Agree. This fire was monitored not fought. It's not a political statement.
Top

Its very easy two weeks after the fact and now knowing which directions the winds blew and the fire moved, to say that the fire management team is inept and doesn't know what they're doing, but it would still be incorrect.. There are many factors that have to be considered on every fire, primarily fire fighter and public safety, then structure preservation, then environment, but also cost. Congress contiues to cut funding for the Parks and the US Forest Service, so fire-fighting resources are stretched beyond the breaking point, if the Parks and the Forest Service had adequate funding for all their maintenance backlog and for fire-prevention then maybe expensive resources would be able to be used more often..

I have heard many people say that there have been some unusual wind patterns all over northwest Montana this summer, and many fires have moved in completely un-expected directions. I'm sure that the Fire Management teams have much more skill, knowlege, and information than any of us making after the fact criticisms...
Top 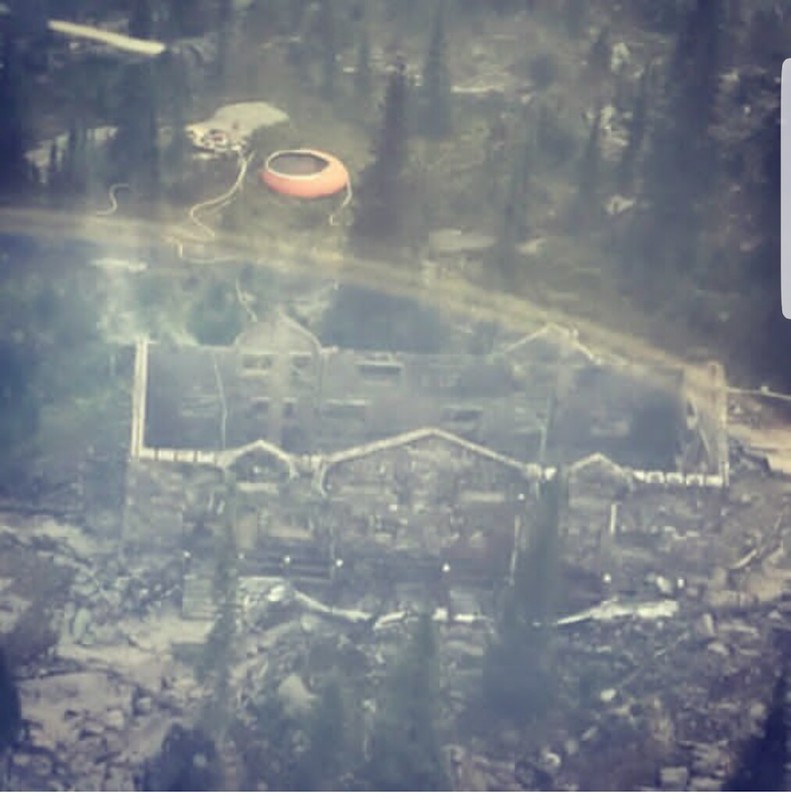 There's going to be a lot of blame to go around on this one. I think the investigation (I hope there is one) should start with the decision to put wood roofs on the buildings (instead of metal). Even though the fire didn't start on the roof, the efforts when into protecting the roofs.

I sure hope the mortar in the walls were not destroyed by the heat, and that they're able to get a crew up to buttress the structure.

the Sprage Fire is now estimated to be 9,403 acres... and 1 mile from Lake McDonald
Top

Here is a link to the map and the latest information I could find on this fire.

Link to an item in the Sacramento Bee:

Article in the Inter Lake:

As are all of us, I am heartbroken by the loss of Sperry Chalet and hope talk will soon begin about potentially rebuilding the hotel. I've been checking the news and have seen conflicting reports; does anyone know for certain if the restaurant was lost as well?

I've stayed at the chalets on five separate occasions and found I had tears in my eyes as I watched the clip of the fire. Such amazing memories! I only hope others as passionate as me will become involved. I did a search and found that the Glacier National Park Conservancy has set up a website for you to pledge your support for the future of the chalet. You can find the website at: https://glacier.org/support-sperry-chalet/ . I'm not sure where any of this is leading, but I plan to continue my support as we move forward after this disastrous fire season.

Some of you more "age-advanced" members might remember the "Save the Chalets" movement maybe 22 or so years ago. Although I first spotted the chalet on a trip to Comeau Pass in 1983, my first close up sight of the hotel was in 1995. We were completing the trip from St. Mary Lake to Lake McDonald after climbing Mt. Jackson, staying at the Sperry backcountry campgroud overnight. We walked over to the hotel and peeked in the windows as they were working on the restoration. I only hope I can go back and peek in the windows again!
Top
Post Reply
55 posts